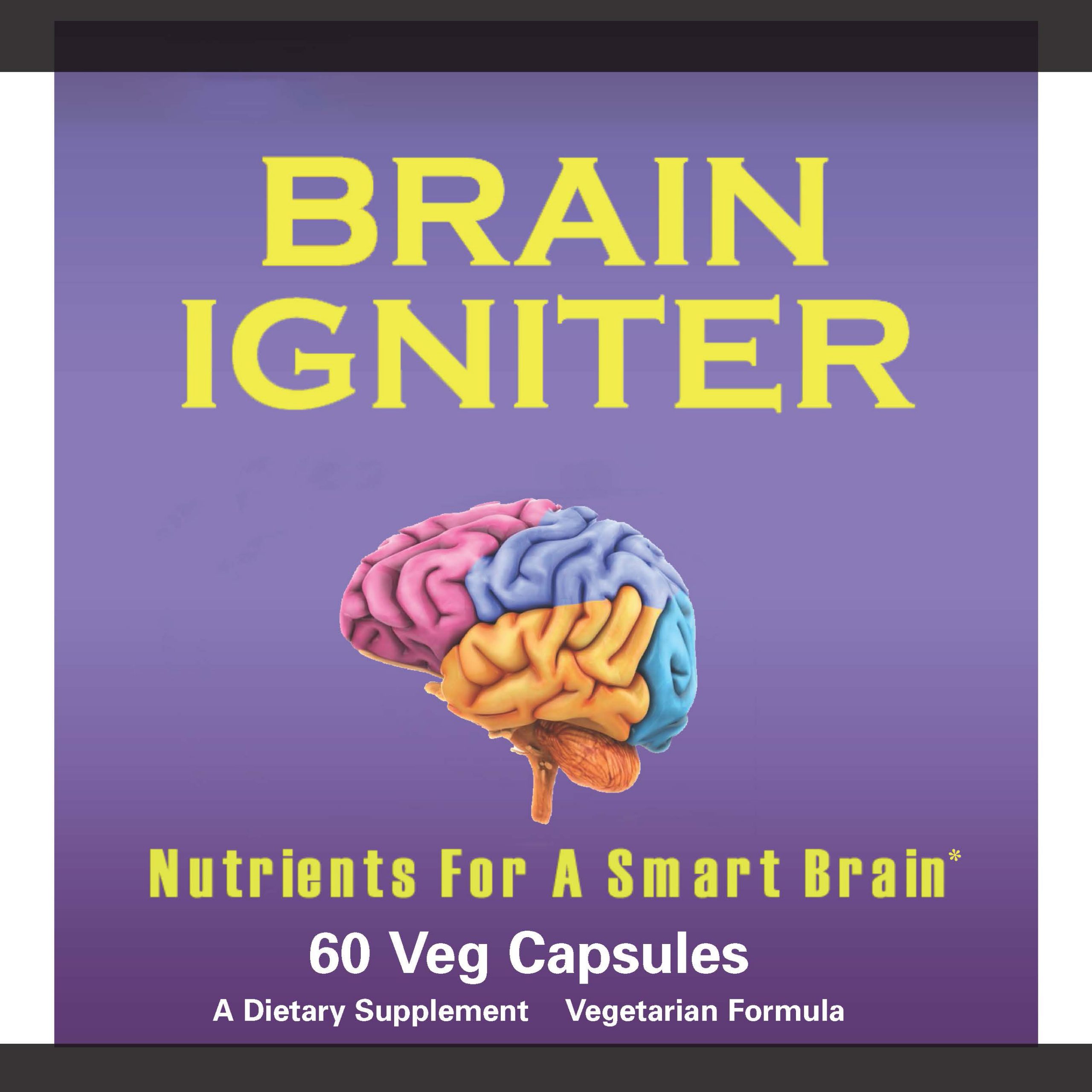 (For head, mind, memory, Alzheimer’s, cognitive function)
Our formula is more powerful than any one ingredient by itself. The nutrients in Brain Igniter can enhance short-term and long-term memory functions while promoting the growth of new neural pathways for sustained concentration and learning. These nutrients help sharpen alertness and relieve mental fatigue, sluggishness and labored concentration. Best of all, when used correctly, it can do wonders without the side effects of many conventional medicines. We’re excited to introduce an absolutely effective brain formula.

Compelling scientific evidence shows that dietary supplements DHA (docosahexaenoic acid) and EPA (eicosapentaenoic acid), Phosphatidyl Serine and Choline, Huperzine A, Gotu Kola and Glutamine are vital for our brain, eyes, joints and cardiovascular system from conception. Most of DHA/EPA and other nutrients must be obtained from food or dietary supplements. People with low levels of these nutrients are likely to suffer from age-related cognitive impairment and to carry the risk of developing Alzheimer’s and other dementias. These supplements also support heart health by reducing triglyceride levels and inhibiting platelet aggregation, stabilizing heart rhythm and reducing the risk of sudden death from heart disease.

In a preliminary double-blind, placebo-controlled trial (authored by Dr. Andrew Stoll), it was discovered that Omega-3 (EPA/DHA) may inhibit neuronal signal transduction pathways in a manner similar to that of Lithium and Volporate prescribed for bipolar depression. Scientific studies also indicate DHA and Omega-3 long-chain polyunsaturated fatty acid is the building block of the primary structural gray matter of the brain.

Brain Food is superior to SAMe with no known side effects and costs much less. (SAMe may cause mania and bipolar disorder.)

Men and women should also take a gender-specific multiple along with Brain Igniter and Brain Food.

Our fish oils are molecularly distilled, preserving the integrity while eliminating mercury, lead and other toxins found in many other fish oils.

Other ingredients: Cellulose (capsule), rice flour, magnesium stearate (vegetable source), and silica.
Warnings: Do not exceed dosage without advice of physician. Do not use if pregnant or nursing. Do not take this product if you are taking a prescription medicine, or have heart or pulmonary problems, without consulting a physician.

*This statement has not been evaluated by the FDA. This product is not intended to diagnose, treat, cure, or prevent any disease.

* Percent Daily Values are based on 2,000 calorie diet.
† Daily Value not established.